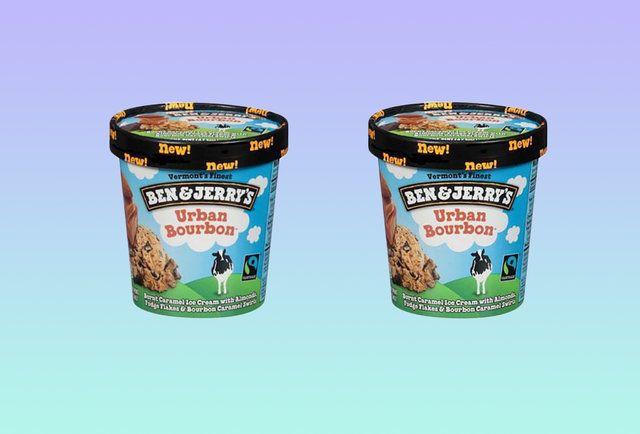 If anything, ice cream iconoclast Ben & Jerry's is not afraid to experiment with wild, idiosyncratic flavors. Just look at its flavor "graveyard." And that spirit of unbridled innovation continues with its latest flavor: the booze-tastic Urban Bourbon. The new pint combines two of our favorite things -- ice cream and brown liquor -- into one, so we may never leave home again.

Urban Bourbon, according to Candy Hunting, is a burnt caramel ice cream loaded with almonds, fudge flakes, and a bourbon caramel twist -- and don't worry, it's safe for the kids.

While there is no official announcement from B&J's yet, there are several signs that point to this flavor being the real deal. First and foremost, the company has applied for trademarks for the name "Urban Bourbon" -- a damn good sign that this is going to be a reality. Either that, or they just like wasting money.

Secondly, there's a landing page for purchasing Urban Bourbon on Walmart's website, but it's oddly blank... almost like it's just waiting for an imminent announcement. For what it's worth, Candy Hunting claims the flavor will hit the supermarket aisles in just a few months.